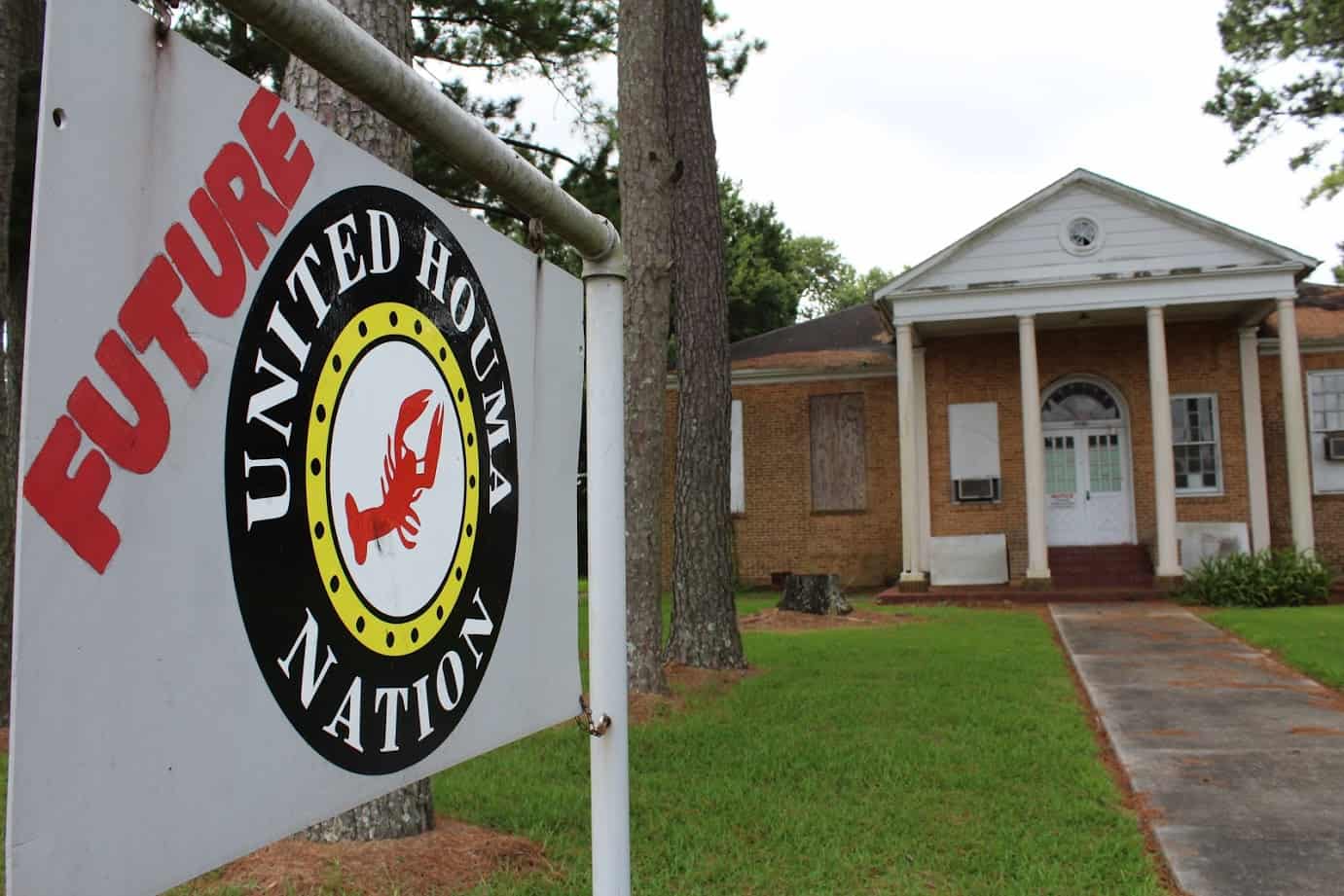 In response to the February 1, 2021 sale of the historic Daigleville School, the United Houma Nation filed a federal suit against the Terrebonne Parish School Board, Superintendent, School Board President, and purchaser as defendants on March 2, 2021 less than 1 month after the Tribe became aware of the sale. The UHN entered into a Cooperative Service Agreement with the Terrebonne Parish School Board in May of 2015 to steward the historic Daigleville School that the UHN believes renewed in May of 2020.

The Daigleville School was the only public school to allow Indians to achieve a high school education in the 1960s, where previously education was only offered up to the 8th grade. It was not until 1964, that American Indians were allowed to graduate in Terrebonne – 140 years after the school system was established. This location was not only a beacon of safety for Houma Indians, but a historical site recognizing the inequality of a tri-tiered education system practiced by the Terrebonne Parish School Board prior to being forced to integrate. Sadly, the Daigleville indigenous graduates were told their diplomas were “not worth the paper they were printed on” due to them getting a diploma from an All Indian School within the state of Louisiana.

Since 2015, the UHN has worked on renovating this historical site that had been vacant 10 years prior; however, it became clear in 2017 that volunteers and sweat equity would not be enough to repair the estimated 1/2 million dollars needed to restore the historic integrity and functionality. The UHN sought corporate partners to assist and ultimately determined national historic designation was the best match for the intended purpose and funding needs. Many of the Daigleville Alumni have had hopes that this building would become a location to come together as a united people during their lifetime.

The historic Daigleville School is more than just a building, it serves as a reminder to our community and the alumni of Daigleville to have hope. Hope for an education, hope for a better future for themselves and their families, and hope to have a place where all can come together as a united people. The UHN is a PROUD NATION that will stand up for the rights of our citizens.

United Houma Nation Chief August “Cocoa” Creppel made it clear that he and the tribal council are dedicated to seeing this wrong addressed. “I just want to let our people know that this is a priority in our everyday workings. We are doing whatever we can to make sure we save this building for our people. And I just want our people to know that we’re not giving up and we’re not going down without a fight. We will fight for what’s right for our people. As Chief of the tribe, it’s my responsibility to be on the forefront. You lead from the front, and I want my people to know that we will be there everyday fighting for what’s theirs.”

Please show your support by donating to the UHN’s GoFundMe at https://www.gofundme.com/f/unitedhoumanation.