Powerlands Film Screening on May 18th

New Film on Indigenous Issues to Premiere in New Orleans, Featuring a Post-Screening Discussion with Local Community Leaders, May 18 at The Broad Theater. 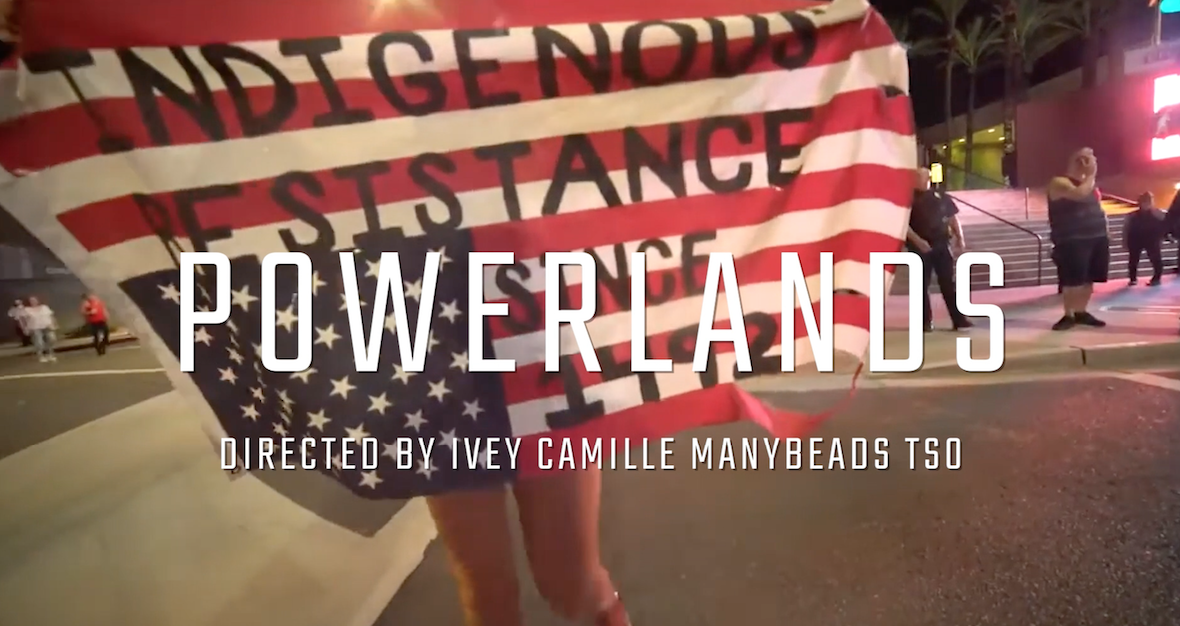 Deep South Center for Environmental Justice and PATOIS Film Collective are proud to present the southern premiere of Powerlands, a new documentary from Ivey Camille Manybeads Tso, at the Broad Theater, May 18, at 6:30pm. The film was recently featured on the program Democracy Now, and won best feature at American Documentary Festival (AmDocs). Several New Orleans filmmakers collaborated on the film, including producer Jordan Flaherty, and cinematographer Melisa Cardona.

In Powerlands, A young Navajo filmmaker investigates displacement of Indigenous people and devastation of the environment caused by the same fossil fuel and extractive corporations that have exploited the land where she was born. On this personal and political journey she learns from Indigenous activists across three continents.

As this film exposes a range of corporate abuses and Indigenous resistance in Colombia, Mexico, The Philippines and Navajo Nation, the connections are clear: in every corner of the earth, indigenous people are being pushed off their land by corporate extractive industries, working with state forces. The resistance also looks similar across the planet: a combination of community steadfastness, legal struggles, political lobbying, and direct action, while also working on the ground to physically maintain land and culture.

Ivey Camille Manybeads Tso is an award-winning queer Navajo filmmaker, and a recent fellow with the Firelight Media Documentary Filmmaker Lab. She started making films at the age of 9, through the Native youth media project Outta Your Backpack Media. At the age of 13 she made the award-winning fiction film In the Footsteps of Yellow Woman, based in the true story of her great-great-great grandmother Yellow Woman, who lived through the Navajo Long Walk of 1864-1868. The film screened in over 90 film festivals internationally and won 11 awards. She later returned home to work on films in her community of Navajo Nation. At the age of 19, Ivey Camille began work on Powerlands, her first feature.

Powerlands is in seven languages, including several Indigenous languages rarely captured on screen, with English subtitles. The film was shot by Colombian-American cinematographer Melisa Cardona, edited by Tim Tsai (Seadrift, Yakona, Pioneers from the East) with music by Daniel French of Las Cafeteras. Producer Jordan Flaherty previously produced films for Al Jazeera, Democracy Now, and the fiction film Chocolate Babies, which recently added to the Criterion Collection. See more about the crew here.

To request stills, an online link or a screener for review purposes, or to set up an interview with the filmmakers or local participants, email [email protected]. Tickets are available through The PATOIS Film Festival, or on eventbrite.